This morning I am meeting with Jane Normal. Jane holds a degree in Business and an Intermediate Diploma from the DPIC. Jane is currently in an active volunteering role as Head of Household Management and manages a team of 3. Here Jane runs us through her amazing career path.
Deirdre “Jane, thank you for agreeing to take the time to talk to DPIC magazine today. Can I start by asking what made you choose your current career path?”
Jane “Well Deirdre, I didn’t always believe that I would have the position that I have now. I got a good degree and spent my early career trying to find a job that excited me, inspired me and challenged me all at once. Rather later than most I stumbled across an area that excited me – HR and I felt that it was a great time to follow the path.”
Deirdre “Why didn’t you continue on this path?”
Jane “I had a family, and although my children were not babies, they needed my help with homework and to collect them from school. I just couldn’t put my dream ahead of their education and happiness. So I thought I’d add to my CV and get a DPIC qualification whilst at home.
I studied for my Intermediate diploma and thoroughly enjoyed every moment of it. I got to work with students from all different industries who were actively pursuing an HR career. I listened to their experiences and gained a new perspective on my own early HR career. I regularly attended DPIC meetings and threw myself into what I thought to be the start of something…. Yet it wasn’t to be. With my DPIC certificate in hand and a spring in my step, I felt validated. It was now confirmed how my knowledge, experience and life skills were valuable and that I could show to potential employers that I was a creditable HR professional.”
Deirdre “What did you do next?”
Jane “ Well Deirdre, I started about writing my CV, adding all the transferrable skills that I had, even managing to put an HR/ L&D spin on childcare and started applying for positions. I can honestly say that nothing prepared me for the 100% rejection rate. There I was, an intelligent, focused, driven, resilient woman with tenacity and common sense abundant, yet to employment agencies I was invisible. On more than one occasion I rang for feedback to ask why I had not been shortlisted and the answer time and time again was that employers wanted someone who had recent and relevant work experience. Relevant! I began to explain how flexible, resilient employees with up to date knowledge and drive should be a valued commodity but was knocked back time and again. Eventually the resilient me admitted defeat.”
Deirdre “So what advice would you give to HRs in today’s job market?”
Jane “I would say to women everywhere that your skills are transferable and if you can apply directly to companies you will have a much better chance at getting to interview. I would add that the job searching via social media offers nothing to me and women like me because of the ‘filters’ that employment agencies use and the sheer volume that they need to sort. I believe that I and other Janes like me should be valued as a highly sought after resource.”
Deirdre “Thank you Jane and I wish you well. Lots to think about there before, during and after starting a family. When is the right time? When you’re young, before a career starts like Jane or later in life when you’re older and more established in your career? That’s all from DPIC magazine this week, look out for our next discussion “Lack of female presence on the board – why?”

Thank you for reading my little ‘tongue in cheek’ piece about our often glossed over highly intelligent yet family focused Jane Normals.  Love to all Janes out there.  Natalie

Recently I have been very aware of my love of learning, I say recently as I have always taken it for granted until now.  I love to learn a new skill and feel even better when I get the opportunity to share my new knowledge with someone.  This, I believe stems from my deep rooted fear of the unknown, I like to know why, how, where and when to feel safe in my position.  This fear made me insecure in my youth, but now that I’m a grown up and getting longer in the tooth the joy of teaching myself something new really excites me.

A few clicks through Wikipedia and Google, and I discovered that there are many, many famous and incredibly talented people that are/were entirely self taught. There is…..

Kurt Cobain (taught himself to play the guitar), Edward Elgar (composer), David Bowie (taught himself to play many musical instruments and was a self taught artist), Benjamin Kidd (socialist and author with no formal education at all), Thomas Edison, James Watt, Einstein, Karl Marx.  Heston Blumnethal (UK celebrity chef and avant garde restranteur) lasted less than a week as an apprentice to Raymond Blanc so taught himself haute cuisine.

We are telling our children that they need to be resilient learners and all the information they need is at their fingertips.  We should embrace the flexibility that such autodidactism offers for our own self development.  Taking charge of your own learning and growth should be an inbuilt part of our journey.  I will continue on my autodidactic path, teaching myself to blog and write and I hope that you will bear with me while I polish my MVP and continue on my way.  So get out there, ask questions, read, listen, talk and see how far you can get!  Thank you for reading. Best Wishes Natalie. 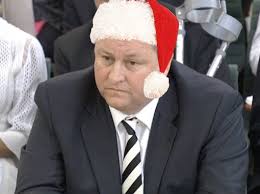 I have watched with anticipation, slight dismay and disbelief  how Sports Direct got away with paying less than minimum wage.  As it transpires the non payment of employees and temporary staff during the time it took them to clock in and be searched; coupled with the non-payment for their queuing time at the end of their shift to get through security again meant that their actual hours in the building divided by their actual payment for this time resulted in an hourly rate less than that of national minimum wage.  The hearing also brought about the publication (on twitter thanks to @itvjoel https://t.co/OrbcIpjlC4 ) of the ‘6 strikes and you’re out’ policy which uncovered that employees could find themselves receiving a strike for long toilet breaks, wearing branded clothes and being off sick!

You would be forgiven for throwing the book at the occasionally hapless, confused, deluded and sporadically self-depricating Mike Ashley were it not for the cluelessness of his demeanor – the tycoon offered the investigating panel his helicopter for the day!  In my opinion they were questioning the wrong person if they wished to uncover the extent of cost cutting, labour saving and profit maximising activities at Sports Direct.  To me Mike Ashley came across as the figurehead who had lost all sense of how his business runs.  By no means is this an excuse, he just didn’t grow at the same rate as his creation.

Mike, in essence appears greedy and he has instilled this in those leaders he surrounds himself with.  I have no doubt that he didn’t ask about HR practices, he doesn’t even mention HR once during his questioning.  He went with a cheap but powerful couple of employment agencies with cost saving implications and without thinking it through and nurtured the Sports Direct culture accordingly.  I read of tannoy announcements made at the warehouse humiliating those workers who appeared not to be pulling their weight, a culture of bullying, and fear that working patterns would be reduced for those who were off sick.  Unite compiled a most damming report with close to the line working practices.

So here begs the question…. Where was HR?  Where were those professionals who were looking to build the company on the strength of its human capital?  Were they asleep?  The most frightening question that I asked myself was…. Were they in on this?  Outsourcing responsibility as well as duty of care.  Outsourcing blame also?   Yet capitalising on the success of the company’s growth.

I am well aware that HR in a retail environment is different.  Staff turnover in all retail is higher than in my industry, the pay is lower and so approaches need to be dissimilar.  That said, the employment of temporary staff on 366 day a year contracts so that they just miss the threshold for cover under the Employment Rights Act does seem a step too far!  I will be watching this story as more unfolds.  My fear is that these types of practice are uncovered as industry norms (as alluded to by Unite in their report) and that this is just a taster of the revelations to come.

Please do let me know your thoughts on this. Thank you as ever for taking the time to read this and please feel free to share!  Best Wishes Natalie.